 Category Testimonials
September 23, 2017
The Impact of Alcoholism on the Family. Many people think that the one that suffers the most is the person who has been abusing Alcohol or Drugs for a long period of time. Here is a client’s struggle not only with alcohol but also gaining his family’s trust.

After Carlos’ encounter with his father, his whole manner has shifted in a way that he never thought possible. Carlos said, “The DUI classes are not effective anymore because of what I learned in our initial meeting that lasted 45 minutes. I also have a difficult time sitting in 12-step meeting because I now know what caused my excessive drinking over the years. It’s like I don’t fit in anymore.” I explained to Carlos that his response is normal because the truth regarding his drinking has been exposed and that he has a new reality. The bottom line is that your excessive drinking was never the initial problem, it was a solution to a problem you did not know existed. However, your drinking did not solve the problem it created a new problem (DUI’s).  Carlos looked at me in astonishment and relief knowing the truth.

As the months passed, Carlos mentioned that he has not been more happy with his life. Carlos mentioned that having the anger lifted has caused him to be a better father and husband. However, Carlos did mention that his wife, friends, and family members do not trust him not to drink, excessively, again. Carlos said, “I enjoy beer, so I decided to only have 2 beers when drinking with my friends. I informed my wife about how different I feel inside and how I don’t have the urge to over do it.” I informed Carlos, “You need to understand that your drinking has disrupted your family for many years. It will take time for your family members and friends to get used to the idea that your drinking problem is resolved. Only with time will your family members come to trust that you are a different person. Remember, you know the answer to your past drinking problem, your family does not.

Other than the initial mistrust of family members, Carlos continues to connect with his children, his father, his mother, and his wife. Carlos mentioned that when he explained his father issue and how that influenced his destructive behavior (drinking) to his wife ,she did not believe or understand what one had to do with the other. After some time, Carlos stated she admitted to him that her father was not in her life, either. She shared with Carlos that her father never attended any of her softball games or anything else she was involved in while in school. Carlos informed me that her father was dependent on alcohol while she was growing up. He informed me that she went to his grave and said what she needed to say to give her peace about their relationship. Since that time, Carlos and his wife have come to terms with the unintentional and intentional neglect of their respective fathers.

Watch the video below:

Impact of Alcoholism on the Family 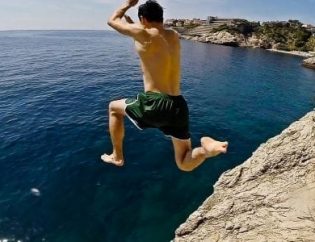